Broadway veteran Michael Mastro and coach to Broadway stars Frank Schiro share valuable insights from a combined 50+ years in show business focused on not only "doing the work" but getting noticed, considered, and hired. In this two day intensive master class, you will:

This is a rare chance to receive feedback from two individuals for a fraction of the cost of similar workshops in New York City (and without the hassle of travel)!

An accompanist will be provided for all participants.

Coming Soon - check back for updates! 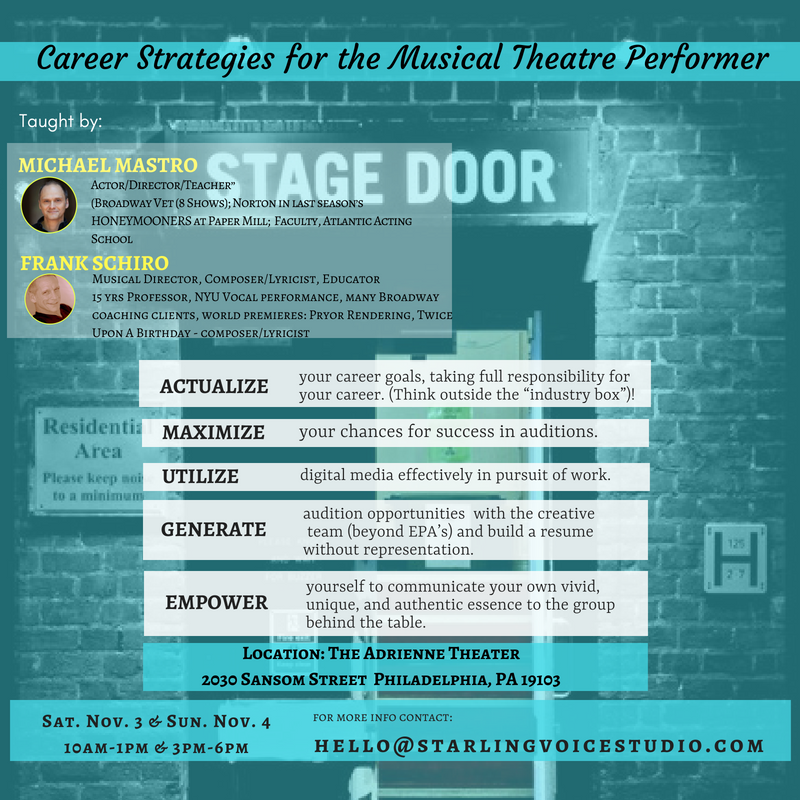 Michael has been coaching and teaching privately for over 20 years.  He has helmed guest seminars with students in several training programs, including the NYU/Atlantic Theater Acting School (currently on faculty), University of North Carolina School of the Arts, Naked Angels, The Actors Center, American Academy of Dramatic Arts and Rutgers University.

On Broadway Michael played Glad Hand in the recent revival of West Side Story; Juror Number Five in Twelve Angry Men at the Roundabout; Gooper in Cat on a Hot Tin Roof; Harry in Mamma Mia!; Rudolph Peterson in Judgement at Nuremberg;  Ziggy in Side Man (also in West End and at Kennedy Center); Frank in Barrymore; and Buzz in Love! Valour! Compassion!

This season on TV Michael continued to play a recurring role on “Law and Order: SVU.” He has appeared in lots of the other  “Law and Order” shows as well as “Nurse Jackie,” “Magic City,” “Alias,” “Hack,” “Deadline,” and others. On Film, Michael has had roles in Pattern, Kissing Jessica Stein, The Night We Never Met, Jungle 2 Jungle, and Borough of Kings.

Michael was the Associate Director of West Side Story National Tour, and was Resident Artistic Director of George Street Playhouse in New Brunswick, NJ from 2015-2017.

Michael is a member of the Actors Center, and the Naked Angels Theatre Company.

Frank is an Adjunct Professor at NYU Steinhardt School of Music of Vocal Performance and Performing Arts Professions since 2002. From 2001 – 2007, Frank taught at Extracurricular School of Acting and Musical Theatre, Long Island, NY.

He is the composer of Pryor Rendering (music/lyrics) which had its World Premiere at City Repertory Theatre, in Oklahoma City and The American Theatre in Tulsa, Oklahoma in 2016. Another composition, Twice Upon A Birthday (music), an opera for children’s sung by adults had its World Premiere at Tulsa Opera from 2015-16, commissioned by Connecticut Opera. His compositions produced in New York include The Happy Prince, (Book, music and lyrics), produced on Theatre Row in NYC for NYMF festival;  The Beloved Dearly (Music) at TADA! Theatre; Dog And His Master (Music an sound design) and  Commedia Tonite! (Music and lyrics) both at Lark Theatre; Twelfth Night, Wild Pantalettes Of Verona and A Midsummer Night’s Dream (Music and sound design) at American Globe Theater.

Frank's musical direction credits include: Rent salute at NYU Tisch graduation, Radio City Music Hall. His favorite music directing/conducting projects include Sweeney Todd, How To Succeed…, Commedia Tonite, Back to Bacharach, Closer Than Ever, and Little Shop of Horrors. 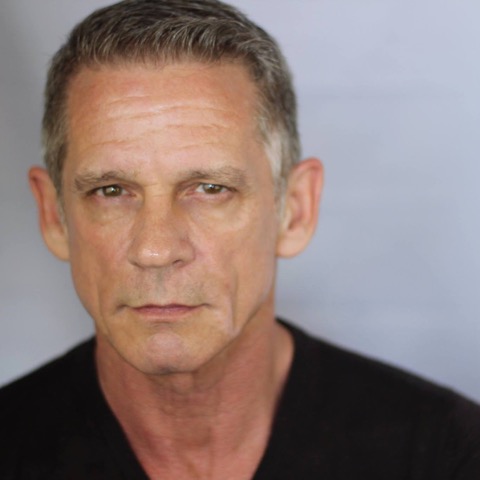